This article is meant more as a self-journal than for a broad audience. It’s 4 am in the morning, and I feel like I’m losing my breath. I just had to get my thoughts into words. Please be advised that some things can be incredibly depressing and biased.

If you are reading this, know that I am currently homeless with no clue about what the future holds for me. It’s been quite some time since I wrote something. At least two friends asked when I was going to write something new. I love writing and pondering on deep thoughts late at night. The truth is, I don’t have the luxury to do so anymore. You can read more about the relation between poverty and decision making process here.

“Human touch, our first form of communication, safety, security, comfort all in the gentle caress of the fingers. Or the touch of the lips on the soft cheeks. We need that from the one we love as much as we need air to breathe.”
– from “Five Feet Apart”

I moved out of home or, in the Indian context, ran away on Jan 17, 2021. I know none in their sane mind would take a step as drastic as leaving everything they ever lived for. The truth is I love everyone who ever cared for me. I feel fortunate to have been provided the kind of upbringing that I received. But am I willing to risk my life for anything? I don’t think so, not at least right now.

Someone asked me about how much money I’d taken while moving out. I know that is a sarcastic question, but the prevailing thought among the relatives seems to be just that – privileged kid, abandoning his family just because he’s got the money. To quote an aunt, “We should have kept you here, illiterate, like a street dog.” I mean, I can’t blame her. But, it is not the case so let’s not go with the hypotheticals. I guess what I mean to say is, “Screw you, aunty!”

That is the textbook case of people in power feeling threatened because the subjects they raised learned a few things of their own, and can see right through if something is wrong. Who could blame them? They were raised in a different society with a different set of values. I think it is true that my folks have educated me beyond measures. I care about things more deeply than just surviving. Maybe they are right, and that I am wrong. Who is to tell that?

The truth is that I don’t have a stash of cash other than a few thousand rupees that I saved up from scholarships. I am not sad about whatever had happened, I just wish though, to be a better parent for my children. Sounds dramatic and utopian? Sure, everything sounds so until they become the reality. More on that here.

I am not even angry. I don’t get angry about most things. I am just clueless about what is going to happen, and if things will be any better. I learned like most people that decision making under uncertainty is not ideal and there are more chances of us making dumb decisions. Now that I think about it, I would probably be the first graduate of IITK who would be both homeless and jobless when I graduate in June. Pretty hilarious if you ask me.

I learned a few things over the past few days. I never cared about them previously because someone else did them for me. I used to be terrified of turning on the gas, now I am kinda a pro. Washing utensils is oddly relaxing, and chopping cabbages can be more effective than any therapy out there. Some things like sleeping on the floor was routine from a previous life, so that didn’t feel as bad. I am just thankful to a bunch of friends who let me stay a night here and the other night there.

Boarding that flight, I had no clue where I was gonna go or if I’ll be okay. I bought a one-way ticket with the intention of never going back to where I was born. I intend to stick to that. I think I am a coward, to be honest. Because I don’t prefer get into quarrels or stand my ground and defend. On more than one occasion, when things got unbearable, I just ran. That’s what I did this time too. I’m the sort of person who would apologise even if it wasn’t my fault if it meant resolving a situation. Does that mean you should mess with me? Probably not.

Surely, by this point you must be asking, “So, what’s next? Do you have plans?” Read “What are you doing after graduation?”. The honest answer is: 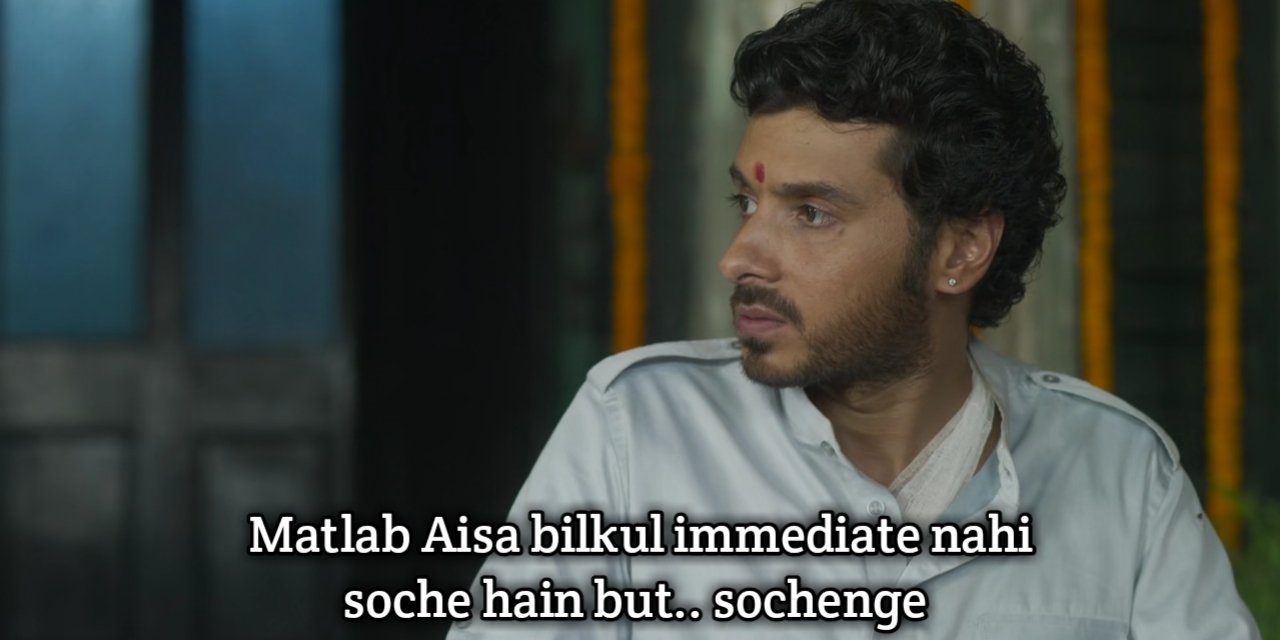 Some conversations were pretty hilarious too. This person I was asked to talk to asked me not to do drugs, to not jump off rooftops, or get into bad company. I know they meant well, but then this stupid part of me wanted to say, “Bro, ideas kyu de rahe ho xD?” Look I don’t know what the correct code of conversation is in this situation, but it seemed hilarious to me.

This is the first article, that I did not spell check or check for other errors. If it is full of errors, so be it. Anyway, thank you for reading until the end. I hope that you get rich.